Bronze statue with golden eyes and torc found in Slovakia

An Iron Age figurine of a man with golden eyes has been unearthed at Jánovce, Northern Slovakia. This small bronze object depicts a nude male wearing a very thick torc (torque) around his neck. The wide eye sockets are filled with gold that shines brightly in contrast with the dark patinated bronze. It was most probably created by the Celtic La Tène culture which dominated the area until it was conquered by Rome in the 1st century BC.

Most of the finds were from the La Tène period overlapping with the Roman Iron Age (around 3rd – 1st century BC). The artifacts include Celtic coins, bronze fibulae, ceramics, glass beads and jewelry. These were luxury objects, and an enormous density of them has been found in the Spiš area, with a particularly high concentration in Jánovce. The richness of the finds indicate the Celtic settlements of the La Tene period were exceptionally affluent, far more so than in another regions of what is today Slovakia.

All of the objects recovered from the ploughed soils of Jánovce are now at the Spiš Museum where they are being documented, cleaned and conserved. Aided by experts from the Department of Archeology, Faculty of Arts, University of Constantine the Philosopher in Nitra, the museum plans to put some of the finds on display next year in a new exhibition. The golden-eyed figurine will be the foremost among them.

The Late Bronze Age Period V (around 800 BCE) Fårdal figure (shown below) from near Viborg in Denmark shows a seated female wearing the Egtved Girl's corded skirt and some kind of necklace. She is depicted holding her left breast and presumably a second object, now lost, in her right hand. Her eyes are coated in gold in the same manner as we can see on the recently found figure from Slovakia. More information can be found in this article from Finnish Wikipedia.

Torcs are found in the Scythian, Illyrian, Thracian, Celtic, and other cultures of the European Iron Age from around the 8th century BC to the 3rd century AD. For the Iron Age Celts, the gold torc seems to have been a key object. It identifies the wearer as a person of high rank, and many of the finest works of ancient Celtic art are torcs. The Celtic torc disappears in the Migration Period, but during the Viking Age torc-style metal necklaces, now mainly in silver, came back into fashion. 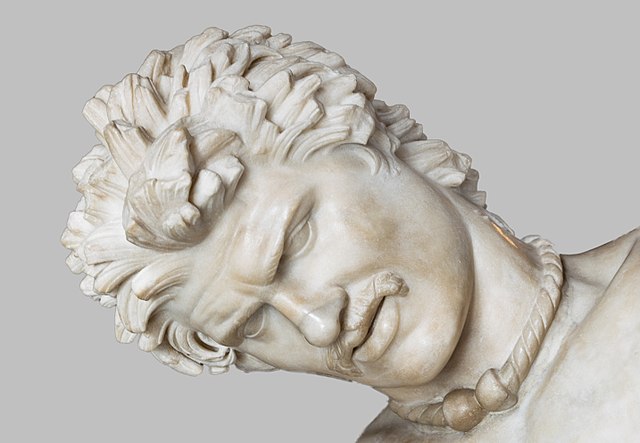